Tony Attwood is a well known psychologist who concentrated his career in Aspergers syndrome (stay with me I don’t believe in this label but I do need to accurately give information). He is married to his wife Sarah and has three children. His children’s’ names are Rosie, William and Caroline.

Aspergers Syndrome is no longer in the DSM V. Its all considered autism. He is hanging on to the functioning label that the autistic community has denounced many times before. Hans Asperger was a Nazi who sent disabled children to their death and should never be honored.

Tony Attwood has been rather vocal when it comes to transgender issues and autistic people. He says he is not opposed to a transitioning if the person chooses. He feels that people could “slump back into depression if trans status was embraced with impulsive and unrealistic hopes to fix autism.” This is offensive on so many different levels. I have met many autistic people who are transgender. Many just want to live as who they are. Nobody ever says they want to “fix their autism.”
“Once they’ve changed gender, they still have autism and when transition doesn’t solve their problems they think, Oh no, that was the only option I had, what’s the point of life?”
There is a higher risk of suicide if people do not transition. According to the Williams Institute, studies show the prevalence of suicide thoughts and attempts among transgender adults is significantly higher than of the US general population. This uses data from the 2015 US Transgender Survey.
The key factors are:
In contrast to what Attwood says:
“Those who had ‘de-transitioned’ at some point, meaning having gone back to living according to their sex assigned at birth, were significantly more likely to report suicide thoughts and attempts, both past year and lifetime, than those who have never ‘de-transitioned.’ Nearly 12 % of those who ‘de-transitioned’ attempted suicide in the past year compared to 6.7 % of those who have not ‘de-transitioned.'”
“Those who wanted and subsequently received hormone therapy and/or surgical care had substantially lower prevalence of past year suicide thoughts and attempts than those who wanted hormone therapy and surgical care and did not receive them”
The science clearly says that transitioning is VITAL for mental health. This is the exact opposite of what Attwood claims.
I had the opportunity to speak with Alexandra Forshaw of Autistic Inclusive Meets. She is a transgender autistic who agrees to speak to me about this topic. She said,” I transitioned about 5 years before I was diagnosed autistic, although I self-identified for several years before that.
“ I transitioned because I’d become increasingly aware that the reason I felt such discomfort trying to act and appear male was that I wasn’t actually male.
“ I’ve always felt completely comfortable being autistic – I know that it causes me some difficulties in my life but I’m used to that and I’ve learned how to work around the obstacles. I’ve never wished I wasn’t autistic.”
Clearly she didn’t transition because she wanted to cure autism. She wants to live life as herself. Nothing more, nothing less.
His has his own clinic called Minds and Hearts: “A private clinic for Autism Spectrum Disorders. This clinic is a unique clinic located in Brisbane specialising in Aspergers Sydrome and Autism. This clinic was designed to provide specialised knowelge and assistance from a multidisciplinary team of experienced professionals. Minds and Hearts has 7 psychologists, 1 educational psychologist and 2 receptionists. Tony Attwood is also one of the team members.”

This whole laundry list sounds like goals for ABA. They do not come out and say it is ABA but not everyone is obvious about it.

Only one group is listed.

Autism Working Programme:
“Employment can make a big difference to a person’s self-esteem including a sense of purpose and self-worth, practical application of one’s interests and/or strengths, opportunities for acquiring new skills and the incorporation of structure and routine into daily life. Nevertheless, employment can bring particular problems for a person on the autism spectrum, including difficulties with mental exhaustion and high levels of stress, difficulties with the social aspects of the work setting, sensory issues and concerns regarding priorities and organizational skills. This group programme provides strategies and ideas to assist with the common problems that can become barriers for people on the autism spectrum in the work setting. By the end of the programme, participants will have a comprehensive workbook of strategies specifically designed for their own profile of strengths and challenges. These strategies can then be used to achieve greater success in the workplace.”

This does not state how teaching coping skills will be taught. This could be ABA methods, it could not be. But with the behavior approach that is talked about in the rest of the site, it probably incorporates ABA methods. If ethical methods were used, this could be extremely helpful.

The clinic offers Speech Therapy but Attwood does not run that.

I have not personally read them but the way they are presented, I would not recommend them. When i read them I will post my review.
They are:
Ask Dr Tony: “contains transcripts of Skype interviews that Craig Eveans of ‘Autism Hangout’ website http://www.autismhangout.com conducted with Tony Attwood over several years. Tony answers a wide variety of questions on ASD posed by the member of Autism Hangout and these have been transcribed for all to read and learn”
The Complete Guide To Aspergers Syndrome: “is the definitive handbook for anyone affected by Aspergers syndrome. It brings together a wealth of information on all aspects of the syndrome for children through to adults.”
Exploring Depression and Beating the Blues: “A CBT self help guide to Understanding and Coping with depression in Aspergers syndrom [ASD level 1] written by Tony Attwood and Michelle Garnett. . . This book explains and decribes depression, the forms it can take, and how it looks and feels for teenagers and adults with aspergers syndrome. Although developed as a self help guide for use with minimal professional support, the programme can also be used in group or individual treatment. “
Been There. Done That. Try This! “The world Aspie mentors pass on their insights for sucessful living! Launching a mentorship movement within the autism community to help each other find success, this is an inspirational guide to life by aspies for aspies.”
CBT for Children and Adolescents with High Functioning Autism Spectrum Disorders: “This book helps clinicians harness the benefits of cognitive-behavior therapy (CBT) for children and adolescents with high functioning autism spectrum disorder (ASD). Leading treatment developers describe promising approaches for treating common challenges  faced by young people with ASD – anxiety and behavior problems, social competence issues and adolescent concerns around sexuality and intimacy. Chapters present session by session overviews of each intervention program, review its evidence base and address practical consideration in treatment. This book also discusses general
issues in adapting CBT for this population and provides a helpful framework for assessment and case conceptualization.”
Exploring Affection: “These two books present carefully designed and evaluated activities for parents, teachers and psychologists to help children who have Aspergers Syndrome understand and express affection to friends and family members. The programme can be incorporated into social skills or friendship programme or a Cognitive Behaviour Therapy programme for expression of emotions.”

To add Tania Mashall and Tony Attwood Know each other. 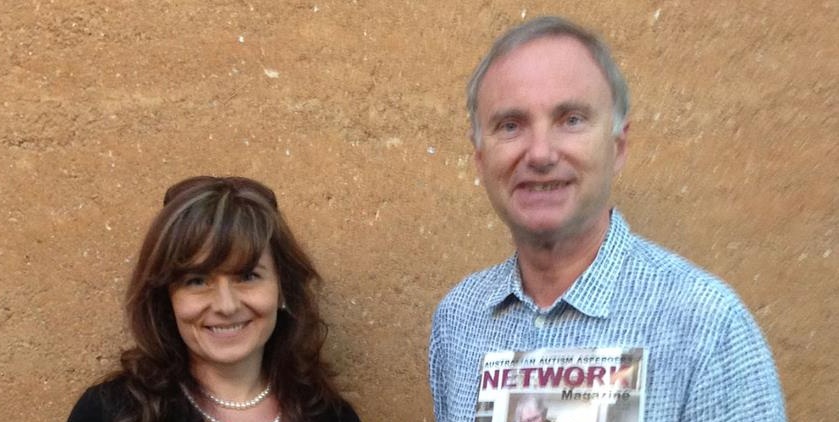 Details on this on my blog about Tania Marshall

https://www.tonyattwood.com.au/ (view in mobile bc the desktop version looks horrendous)